As we have learned on the previous dapim, a person who is a messenger to bring a geṭ from a community in the Diaspora to Israel must be able to attest that the document was written and signed in his presence. Two reasons for this are suggested by the Gemara. According to Rabbah, it is because Diaspora communities are not all aware that the geṭ must be written for this specific situation, and we must ascertain that it was done correctly. Rava suggests that the reason for this is because in the event that a question arises about this document, it will be difficult to find people who can recognize and attest to the authenticity of the witnesses’ signatures.

In an attempt to show that Rava’s reasoning is correct, the Gemara quotes the statement made by Rabban Shimon ben Gamliel in the Mishna that even me-hegmonia le-hegmonia within Israel there is a need for the messenger to state that the get was written and signed in his presence. The Gemara responds that Rabbah accepts Rava’s position that, in situations where there will be difficulty in finding witnesses to authenticate the signatures, we will require the messenger to attest to the signing of the geṭ; Rabbah adds an additional concern about giṭṭin that are written in the Diaspora.

The hegmonia mentioned by Rabban Shimon ben Gamliel refers to a province within a larger country, from the Greek, hegemony (ἡγεμονία) meaning “rulership”. The Gemara tells of a city called Asasiyyot that was divided between two hegmoniyot, creating a situation whereby people could not travel between the two sides of the city easily. 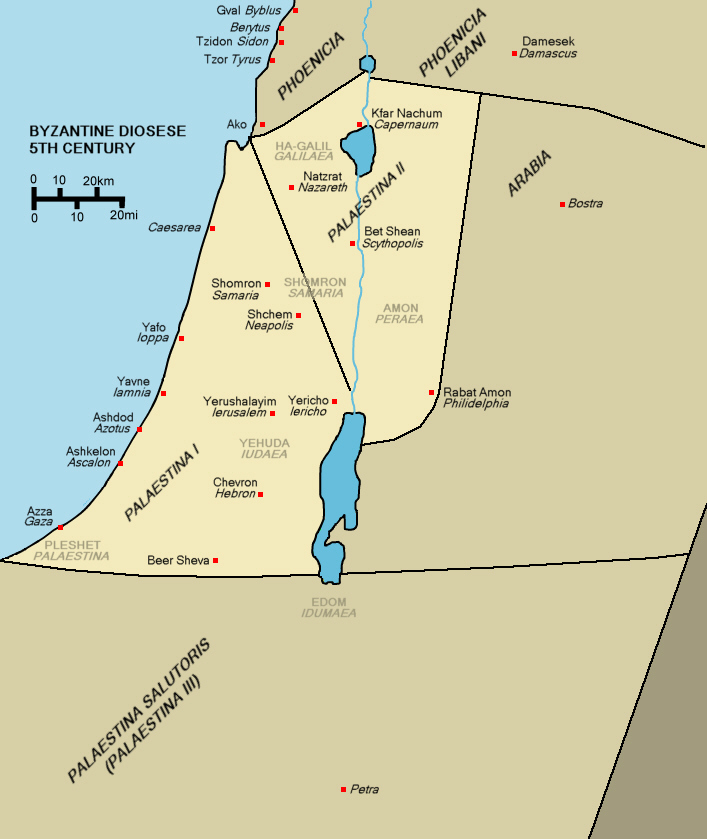 The territory of Eretz Yisrael was divided many times in different ways. Even when the Romans reigned over the land there were still parts of Eretz Yisrael that were under the direct rule of the Syrian governor, while other parts were under the control of the governor of Palestine, a term first used by the Greeks during the 12th century BCE and later by the Romans during the 2nd century CE. Later, Eretz Yisrael was divided into three major provinces: Palestina Prima; Palestina Secunda; and Palestina Salutaris, with a special military leader in charge of each province. In certain periods there was an arrangement by which the governor of Judea, although lower in rank than the governor of Syria, was not subordinate to him but took his orders directly from the central government in Rome. This situation created the conditions for personal disputes between governors of adjacent provinces and disputes over the precise borders between them. These squabbles even led to the closure of access between two provinces.