The Mishna on our daf teaches about the case of a person who places a sheet above the skhakh – roofing – in order to protect it from the sun or underneath it to keep it from falling onto the people below. In both of those cases the sukka would become unusable.

How about a poster bed that has a sheet hanging above the sleeping person?

In such a case, the Mishna teaches that the halakha will differ depending on how the bed is set up. In the case of kinof the sheet would be a problem, but in the case of naklitin the sukka would remain kosher and the bed can be slept in. 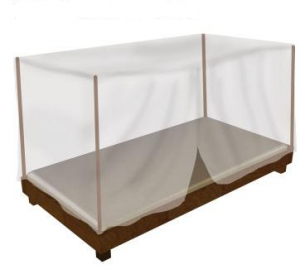 Kinofot: four posts upon which a cover is spread creating a ceiling like effect 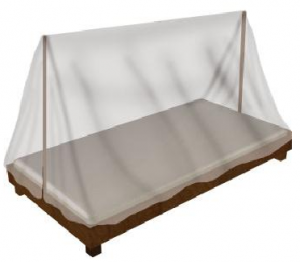 Naklitin: two posts in the center of the bed upon which a cover is spread, creating an inclined roof

According to the Jerusalem Talmud, the case of naklitin is not a problem because it is similar to a person who is sleeping under a blanket who occasionally will lift the blanket over his head. Just as a blanket used for sleeping does not negate the fact that this person is sleeping in a sukka, similarly a tent-like structure does not do so.

The Ran explains that there are three levels of bed coverings discussed in the Gemara.

The Mishna on our daf teaches the basic rule about skhakh - roofing on a sukka. The "roof" of the sukka…

Sukka 9a-b: Setting the Sukka Aside for the Holiday

Once a sukka has been built, it is set aside for the holiday and should not be used for other…

Sukka 9a-b: Setting the Sukka Aside for the Holiday

Once a sukka has been built, it is set aside for the holiday and should not be used for other…